If you were injured in a car accident caused by the negligence of another person, you are entitled to claim compensation for your injuries and any property damage you suffered.

The cost of treating your injuries can be extremely high. You may have to pay thousands of dollars in medical bills and take weeks off work. In some cases, the injuries may be permanent and you may have to pay the costs of treatment for life. If you weren’t at fault for the accident, you should seek compensation from the responsible party's insurance company.

Our lawyers at In Case of an Accident provide you with legal advice and support in car crash injury cases. Schedule a free and confidential consultation today!

Car accident statistics in the U.S.

According to data from the National Highway Traffic Safety Administration (NHTSA), there were approximately 31,720 highway fatalities last year as of September 2021. In 2020, there were 28,325 highway fatalities in that same time period. This is the worst statistical jump since 2006 and the highest increase since statistics have been kept. While this increase is concerning, fatality statistics have been soaring for some time now.

Speeding, recklessness, driving under the influence, distracted driving and other dangerous behaviors contribute to these fatal accidents.

If you get in a car accident due to the negligence of another driver or company, our attorneys at In Case of an Accident can help you with your case.

There are a wide range of factors that contribute to motor vehicle accidents. Some of the main causes include:

The most common types of car accidents include:

What should you do after a car accident?

If you get into a car accident, it’s important to take the following actions:

What compensation can you claim for a car accident?

Some common damages that you may claim to get compensation after a car accident include:

The specific damages available to you will depend largely on the details of your specific case and the severity of your injuries.

Why is it important to hire a car accident lawyer?

Hiring a car accident injury lawyer is vital if you are seriously injured. You need the help of an expert to deal with the complexities of the legal process. Our attorneys at In Case of an Accident can help you, no matter your immigration status. Schedule a free and confidential consultation today! 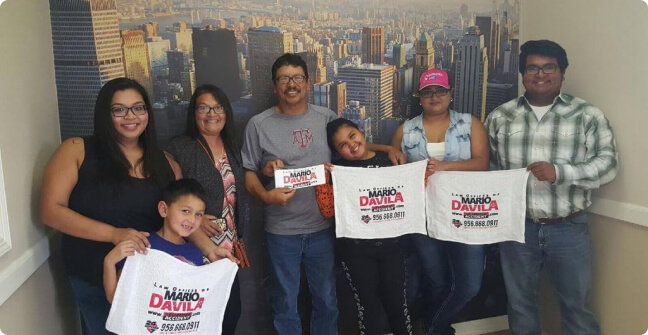 How much does an In Case of an Accident attorney charge for filing your claim?

Our accident lawyers at In Case of an Accident work on a contingency fee basis, which means they only get paid if they get compensation for you. Plus, their initial consultation is free, so you don't have to pay anything out of pocket.

What are contingency fees?

You can find a car accident lawyer for your case at the following locations.

We’re proud to work with lawyers who stand up for your rights and fight to get you compensation.

Contact In Case of an Accident as soon as possible to schedule your free consultation with a car accident lawyer near you.

If you or a loved one is involved in a car accident, it’s important that you know what you can do to stay safe and how to claim compensation with the help of a car accident lawyer.

When a car accident occurs, here are the most common questions that victims ask our attorneys at In Case of an Accident:

Having the police come to the scene of a car crash is very useful, as they will ask each of the injured drivers how the accident occurred. In addition, they will get the insurance details of each of them, which will allow for an "exchange of information between the drivers."

The police officers who attend the scene of the accident will also write a report that can be helpful when you want to file a claim for compensation. This report will serve to establish the relationship between the car accident and the damages.

The report can be a critical piece of evidence when it comes to proving liability for a car crash. Insurance companies will request the police report number, which is only available when police attend the scene of an accident. Insurers may reject claims for compensation if there’s no police report.

Not usually. Typically, you’ll tell the police officer how the accident occurred to help them understand the facts of the accident – not to incriminate either of the drivers involved.

Most reports written by police officers attending the scene of an accident are straightforward. The information the police collect includes:

It’s important not to be rude to the police officer at the scene of the accident. If you don’t want to discuss what happened, tell them that you will answer questions when you have spoken with your car accident attorney.

When an accident report is made by the police, a copy should be available 10 days later. Once you receive it, it’s important that you review it carefully to verify that the description is accurate.

If you find any errors, it’s key that you report them to the police so that they can be corrected and the report reflects the correct information.

If the responsible party's insurance agent calls you, it’s important that you tell them that you cannot talk to them. If they would like, you can give them the number of the car accident attorney representing you.

In many cases, what insurance agents are looking to get you to accept a settlement. Usually, it’s a lower offer than what you should actually get in compensation for the accident.

In a "no-fault" state, all drivers must have personal protection insurance (PIP) coverage in addition to basic liability insurance. This insurance pays for medical expenses and lost wages, regardless of who caused the accident. PIP insurance is an additional coverage that must be applied for when purchasing car insurance.

In the United States, 12 states have a "no-fault" system and 16 states in total require drivers to have a minimum amount of PIP coverage.

The states that require "no-fault" insurance, in addition to Puerto Rico are:

When liability is difficult to determine in an accident, insurance companies attempt to prove negligence on the part of the plaintiff driver. If they’re found to be at least 50% negligent, the claim for compensation won’t be accepted.

Therefore, it’s important to be represented by a car accident lawyer to fight for your compensation.

When a car accident occurs and the responsible driver doesn’t have insurance, you must file your claim under Uninsured Motorist coverage with your own insurance company. Your insurance company will handle your compensation claim for injuries.

When the person causing an accident flees the scene before exchanging any information, you should seek compensation from your uninsured motorist (UM) coverage.

Car insurance law states that negligence means having responsibility for a car crash. If you were the negligent driver, your insurance will pay according to the types of coverage you have purchased. In a "no-fault" state, medical care costs aren’t considered, as they’re already covered by personal protection insurance (PIP).

There are 3 types of negligence:

If you live in a state that’s regulated under contributory negligence, you only get a settlement if you’re 100% non-negligent in an accident. If the other related party can prove that you were at least somewhat responsible for the accident, it’s likely that you won’t be able to obtain compensation.

When you live in a state that’s regulated under comparative negligence, your insurance payment will be based on your percentage of fault in the accident. This means that if you’re 70% responsible for a car crash and the other driver is 30% at fault, you’ll have to cover 70% of the damages and the other party will have to cover 30%.

States that are regulated under modified comparative negligence have a fault threshold, commonly around 50%. This means that you can only receive compensation if your fault is less than this threshold.

If you are injured in a car crash, your personal insurance protection (PIP) coverage will cover $10,000 in medical expenses, or more (if you have more coverage through your car insurance policy).

Once PIP coverage has been exhausted, the usual course of action is to use your health insurance services.

That’s why it’s important to have an experienced car accident lawyer fighting to get you compensation to cover all your expenses caused by the accident.